Home>Blog>Heating and Cooling>What Is Going To Replace Freon When It Is No Longer Available? 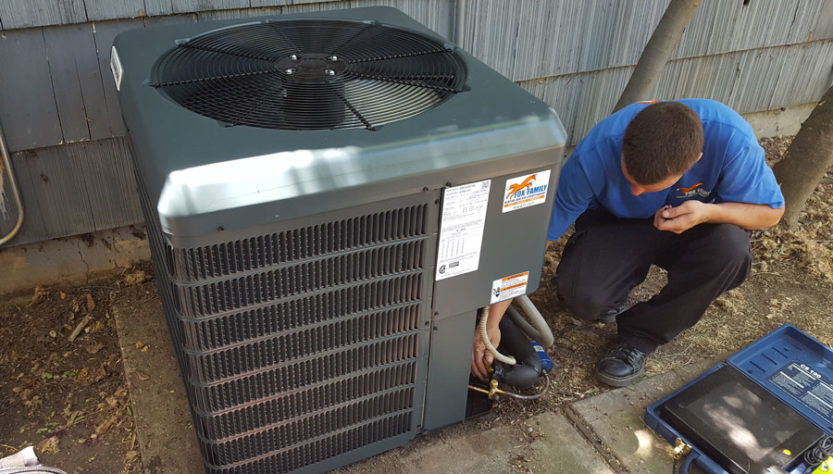 In January 2020, there is going to be a prohibition of the use of Freon as a refrigerant. This was deemed appropriate as a result of findings that were made by scientists over years of research, documenting the effects of hydrochlorofluorocarbons in the atmosphere. It was clearly shown that these materials where breaking down ozone. It was enabling one of the three oxygen atoms to break off. In doing so, the ozone became oxygen, and a large hole began to spread, specifically documented over Antarctica. It is because of this, and the scientific findings, that Freon was deemed dangerous. It will be illegal to use Freon shortly, and because of that, there are many companies that have come up with alternatives.

Are There Any Alternatives Available Right Now?

There are actually several different hvac refrigerants that are currently available. These are still hydrofluorocarbons, yet they are simply missing the chlorine aspect of the substance. It was actually the chlorine which was causing the problem, leading to the ozone becoming thinner in the upper layers of the atmosphere. Once that was identified, they began to work on hydrofluorocarbons as refrigerants instead. Currently there are four that are considered to be very safe which includes R-134A, R-407C, R-404A, and R-410A.

This particular refrigerant is referred to as a haloalkane refrigerant. It is considered to be very safe, made of a single component, and is often marketed as Norflurane. Because of its simplistic design, it does not require several different machines that can help it maintain its ability to act as a coolant. According to the EPA, it is the only one that is currently approved as an alternative for Freon. The only problem is it does require a bit of retrofitting because it is a different type of substance. Other than that, this will likely be the primary substance that is used in order to replace what is in refrigerators, air conditioners, and other products.

This was chosen because it’s very similar, at least from a thermodynamic perspective, to R-22. This is a hydrofluorocarbons that is a mixture of several different components. Whether you are using this as a direct expansion coolant, or if this is for a ductless air conditioner, it is very useful and reliable. In fact, some of the newest manufactured appliances are using this right now. As with the prior substance, some type of retrofitting needs to be used. When you chemically change these coolants, they are going to react differently within a specific system. Because most of these were designed to work with Freon, slight augmentations need to occur for them to be as efficient.

One of the reasons that this particular replacement for Freon is so popular is because it has been determined to have a potential for depleting ozone at zero. This is useful in industrial and commercial settings. It has a very wide temperature range, and it is also not going to react rapidly to water or air. This is a colorless gas, one that is nonflammable, which are also beneficial for this particular type of situation. There is one final one to consider and is likely going to be a very popular alternative to Freon.

This is yet another substance that was made that has a zero-possibility factor of diminishing ozone and all. It has the capacity to work under high pressure, and as a result of this, can deliver a much better performance than some of the others. It’s extremely popular with chilling units, air conditioning units, and anywhere that there is commercial refrigeration. It is this ability to work in this high pressure situation that makes it very popular with companies that have extremely large and powerful units that use coolants today.

Which One Should You Choose?

Now that you know a little bit more about each of these substances, it should be clear that all of them are very useful. All of them are going to require either retrofitting to work within existing systems, or they will be part of new ones that are sold. Each of them is not capable of affecting the ozone layer which is the entire purpose of making them. With the damage that was done using Freon, it’s good to know that these other substances, regardless of your chemical configuration, are not going to contribute at all to ozone depletion. According to many of the articles, R-134A and R-134 might be the best ones to consider. It has been evaluated by the EPA as being one of the best that is made for air conditioning systems that are in homes and vehicles.

Does It Take Long To Retrofit Air Conditioning Units?

It shouldn’t take very long at all to retrofit any of this. For example, there will be a professional that will come out that we use a specific tool to remove the Freon. Then, watching the gauges, they will be able to add the new substance in. If any retrofitting needs to be done, it will be done prior to adding the replacement for Freon. Once that is completed, the system will be tested, and you should find that it is operating at comparable levels to what Freon used to do.

Although Freon has been around for many decades, it’s time is coming. 2019 will be the very last year that it can be sold and used in the United States. January 1, 2020 is the official date where it will be illegal. At that point, we are going to need to use one of these alternative substances. Based on the summaries, you will probably see some that will be fitting for your particular machines. You can also rely upon professionals in your area that are likely doing these retrofits and will provide you with the proper coolant for your system. If all goes well, this will be done for literally thousands of different machines all across the world on a daily basis, ones that will soon no longer affect the ozone layer.