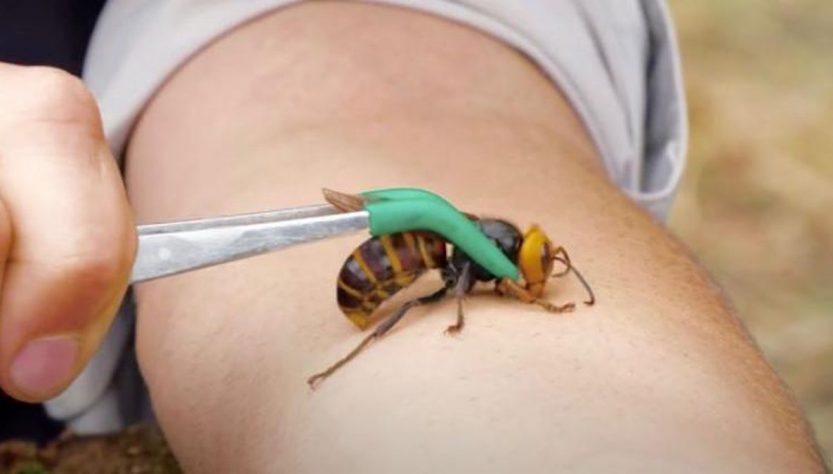 Asian Giant Hornets, otherwise known as “murder hornets,” are invasive pests originally in the asian countries. As of today, they are starting to invade the United States particularly in certain parts of Washington State, putting the country, most especially agriculturists, in a state of anxiety.

Why Murder Hornets are Invasive Pests

Murder hornets were first spotted in the US somewhere in the fall of 2019 although the reports had not been clearly confirmed until October 2020. Murder hornets attack beehives and slaughter bees by cutting the latter’s head using their sharp mandibles. The dead bees are then thrown to the young hornets for consumption. Since the beehives are the murder hornets’ main target, what would happen if all the bees are gone before rescue arrives?

As recently found in previous studies, the declining bee population is already a huge concern for American growers and now the arrival of these vicious invasive pests, which could grow in size as large as a matchbox.

Murder Hornets are Harmful in Nature

Honey bees, in the first place, are considered the most essential agent of pollination as well as the most vital creature on the planet. Yes, you heard it right—it’s the bees. The bees pollinate at least 70 crops whereas ⅓ of the food we all consume is pollination dependent. To put it simply, without these bee pollinators, a huge portion of our planet could starve from hunger. Plus, they contribute millions to the economy besides the fact that they can produce at least 1.6 M tonnes of honey annually.

Honey Bees greatly contribute to over a $15 billion increase in America’s crop values every year as claimed by the US Department of Agriculture. Moreover, according to the BBC, a substantial decrease in the number of bee colonies in the country has been perceived from 1947 to 2017. From 6 million honeybee colonies, only 2.5 million is left at present.

Death Tolls from these Invasive Pests

It has to be noted though that murder hornets are not only a threat to animals like bees. They can also pose a danger to the human species just like what is happening in Japan, wherein 30 to 50 of the annual human deaths is attributed to the sting caused by murder hornets.

The cause of death related to murder hornets is due to the anaphylactic attack, a severe allergic reaction from the sting. Most of the people who were deeply or excessively stung by the murder hornets were the ones who disturb their habitats—which could also be your backyard.

In their desperate efforts to catch the bee perpetrators and prevent them from completely spreading and settling in the country, the Department of Agriculture and entomologists alike have taken various measures to track down the murder hornets and locate their nests. Indeed, they succeeded in capturing a couple of hornets. However, CBS News reported that although the scientists managed to install tracking devices on the captured hornets, the first two attempts were in vain. Apparently, more work still needs to be done to solve this issue with murder hornets.

Murder hornets are not only a threat to the bee population but also ripples to threaten the food supply, agriculture, economy, and even the health safety of human beings as they can invade our homes and essential wildlife species. Help us stop this and eliminate this threat to our neighborhood.