Home>Blog>Home Improvement>What Does it Cost to Replace a Cast Iron Sewer Pipe? 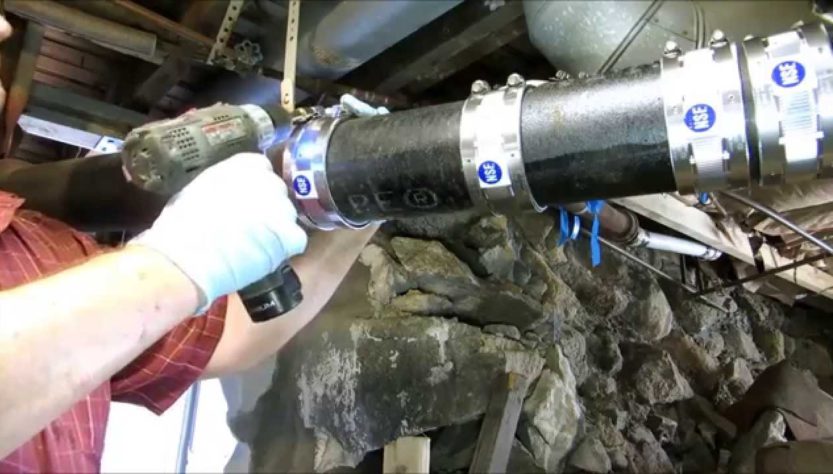 Some homeowners will face the daunting and expensive cost of replacing their broken or failed cast iron sewer pipes. This is a job that many homeowners do not look forward to and who can blame them the biggest question they have when it comes to dealing with the replacement of cast iron pipes will be of course the cost of the job. Let’s dive into this cost head first so you can make an informed decision.

There are a few factors that go into the actual cost of replacement and let’s start at the beginning. If you are looking to replace these cast iron pipes you already have a problem one that has surfaced and usually, these problems result in a smelly backup that is usually found in the basement of your home. The first step is to find out what and how much of the failed line needs to be replaced. This is when a plumber will come in and with a camera take a look at the extent of the damage. How much of the cast iron pipe is rotted completely away or often times there are sand and other debris inside the pipe.

The costs will come in the form of feet so its a price per foot of replacement pipe that needs to be installed. The current average cost to replace cast iron sewer pipe is within a range that can be as low as $55 a foot to as much as $300 a foot. Somewhere in the middle is the median cost that the majority of homeowners will pay. You’re probably wondering why the disparity in prices and that has a lot to do with the current plumbing inside your home and what the plumber will need to use to make the new sewer line match your current indoor plumbing. Your plumber will have a variety of options when it comes to handling a sewer replacement. Cast iron is a solid but expensive solution that provides decades of worry-free use not easy to replace in section as those repairs are rarely ever as strong as the original and thus a new cast iron replacement will be in order. You can also use plastic. This is a very popular and affordable option that allows it to be replaced in sections if and when failure or breakage occurs.

These are not all of the costs a homeowner will have to decide upon before deciding to replace sewer pipes. In some rare cases, the pipe may need to be replaced from the home all the way to the city connection in this case you’re looking at costs easily ending up in the $10,000 range. Another cost to replace cast iron sewer pipe may be an even easier and far less expensive job that involves the replacement of a single drainage line in the basement. This cost can range from $500 to about $700. Costs vary depending upon the material and location of the pipe. If for example, your sewer pipe is under concrete this will need to be trenched so look to add roughly hourly rates on top of any other rough estimates.

Replacing cast iron sewer pipes can prove to be a time consuming and expensive job. You want an idea of what it will cost to look over national averages as well as local prices to see where in the nation your costs will come in. Call in a number of different companies and get as many estimates as you can so you have a base of what it will cost.